More than 20 songs are written every day, produced and released, you must be thinking that how many songs we do not even listen to, then when and how these songs are released, if you have listened to the songs, then you It must be known that many small singers are also present in every industry, who release their songs with their own level and they do not have many fans following, due to which their songs are not so much viral, but if they are from the language. If it is relatable, then he too will remain a part of the Punjabi music industry.

MooseTape was one such music album which has been very much talked about and this music album was also called with many Hollywood rappers in which the Punjabi music industry got a second level Greatest Of All Time music album released in 2020 Chowki Hollywood Billboard Trended in the charts as well as promotion of this album in New York Times Square, which was not a paid promotion, this album call was running on the trending list in 30 countries which is a matter of great pride for India.

Today we are going to talk about the BacTHAfucUP Music Album which is written and sung by Karan Aujla, a very well-known artist in the Punjabi Music Industry, in this album you will see a total of 13 songs out of which first will be the intro and the rest 12 songs will be beaten. It is being told that in this album you will also get sad songs as well as beat songs in which you can also dance. Karan Aujla that not many music albums came out, he mostly tracks singles, but his single tracks are very bang and whenever his songs are released, he is trending at the top of the training list of YouTube. Every YouTube creator comes to me at some point or the other, but being on YouTube’s trending list in every one of their videos is a big deal.

The audience has given very good reviews to this album, if we go to Karan Aujla’s post, then we can see how much support he is getting from the public, due to which he has kept the release date of this music album as 9th September 2021 and this music The album will be released on YouTube on this day and it is being said that the film will be released under the banner of Speed Racket, in which many songs have come before Karan Aujla. 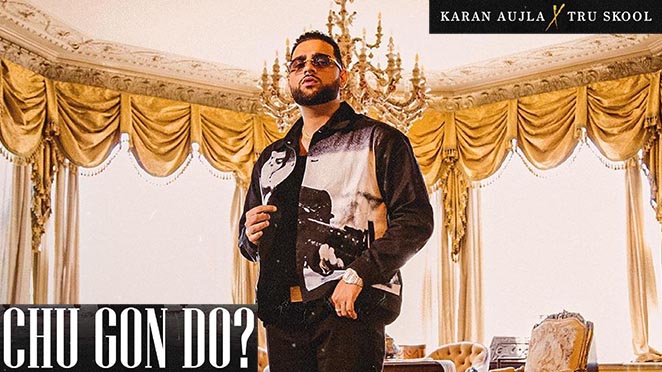 Before the release of this music album, Karanojla puts a video on YouTube and explains how the beat of this music album will be and also does some things that reply to his hitters, often Karan Aujla uses his heater in his songs. He keeps on replying and sometimes he gets caught in the affair of these replies, he has been attacked many times in live shows but he never shies away from doing live shows and meeting his audience at all. They do not take care of safety, due to which they sometimes have to face difficulties, but the people of this country also love them so much that they organize a big fair even in their small shop.

If we talk about the hits and flops of this music album, then it is very easy to say that this music album is going to be a blockbuster hit because the demand for this music album is very high all over India and Karan Aujla this time something new in this album. As you must have known by watching his video, if you have not seen that video yet, then in this article you have also been given a link to that video, you can click on that video and watch the video in which you will know it all.

Whether he has responded to the hitters in this album or not, but the beat of this album is going to be very classic and Hollywood touch, due to which people can become very interested and it may happen that one song becomes an evergreen song. Because it may be heard worldwide, the record of all the previous albums is also broken, but it is very difficult to say anything before its release, this music album is releasing on 9 September 2021, you can visit Karan Aujla’s official Instagram Get updates on this album. Stay with us to know the latest news related to the country and the world

Jodi is an upcoming Punjabi Film 2021